If anyone wants to talk to me, I’ll talk to them. It’s a great feeling.”
– Dan Webb | MossRehab Patient 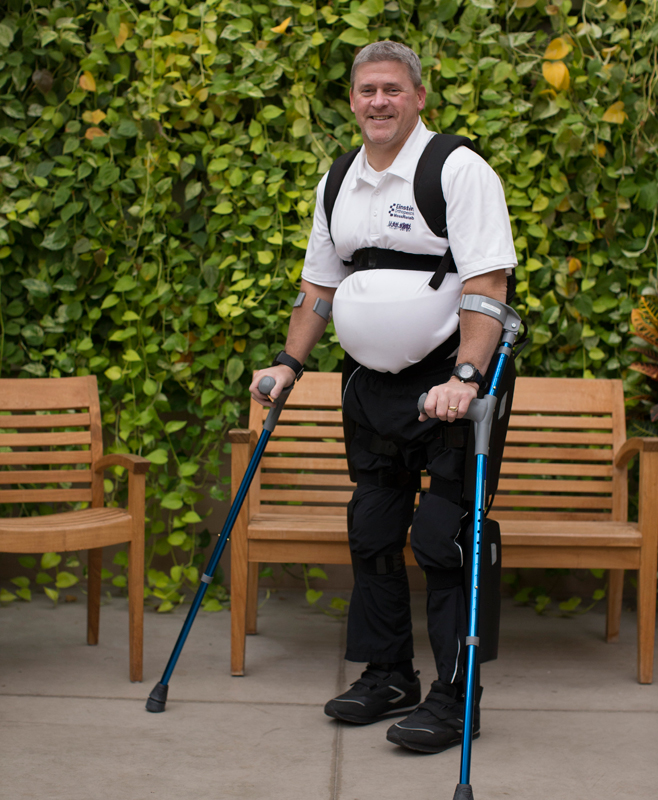 Dan Webb shattered his vertebrae in a hunting accident in 2010, losing the use of both of his legs. Now, he walks down a hall at MossRehab Elkins Park confidently and with a smile.

In 2009, MossRehab launched the first clinical trial in the United States for a new motorized exoskeleton suit called the ReWalk which enables people who don’t have the use of their legs to walk again. Today, Dan is one of a handful of people in the country who have been approved to take the ReWalk home for everyday use.

Even as a patient, Dan has embraced the “More than Medicine” culture at Einstein and MossRehab by giving back to those facing similar injuries by telling his story and listening to their fears and concerns.

“Just talking to these guys, they’re going through some of the same things. One gentleman, after he talked to me, I think he felt a lot better. If anyone wants to talk to me, I’ll talk to them.”